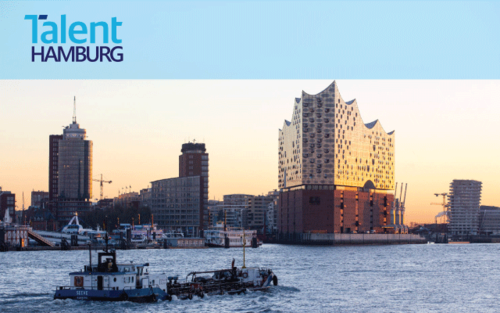 Having recently undergone its second leg of European expansion in Berlin just a couple of months ago, Global IT Recruitment company, Talent International (Talent), is embarking on the next leg of its expansion into mainland Europe. Following recent success in the capital, Talent have been able to identify further hubs in Germany which operate in a similar way to Berlin, which led to the decision to form a team of specialists focusing exclusively on the start-up market in Hamburg; Germany’s second largest tech start-up hub in terms of start-up rate (after Berlin).

Commenting on the move, Stuart Day, Talent Germany Director, said “Hamburg is a city aiming to overtake Berlin in the next 5 years as the start-up capital of central Europe; reinventing itself as a leader in tech innovation and entrepreneurism from its more industrial days as Europe’s second busiest port. The “Tor zur Welt” (“Gateway to the world”) is starting to live up to its nickname. The headquarters of some of the biggest investors in the Berlin tech scene are located in Hamburg, with Europe’s largest gaming company (goodgames) and their rivals in the top 10 (Innogames & Bigpoint) also located here, which makes the city a bustling hub of enterprise and the perfect place for Talent to expand.”

We are using the same model that has served us well in Berlin; hiring four graduates into the business to build micro-niches within the most prevalent technologies.”

Globally, Talent have already established successful offices in some of the world’s booming tech start-up cities including London, Amsterdam, Hong Kong, Sydney, San Francisco and Berlin, and will be looking replicate this success in Hamburg over the coming months and years.

Talent EMEA CEO, Jon Butterfield, added “This is another exciting opportunity for Talent to develop deep relationships with the start-up sector in Germany and make sure we secure leading digital and technology professionals from around the world to support Hamburg’s ambitions to become a leading global hub for digital innovation. The continued movement of technology and digital professionals around the globe is critical to support the tech sector and Talent have the global reach across offices in North American, EMEA and Asia/Pac to help clients achieve their objectives. We are already advising and supporting companies entering the European markets from North America and Asia Pac; being able to add Hamburg to the list of possible entry points for these customers to establish themselves - in addition to the other digital centres like London, Berlin and Amsterdam - is a very natural next step.”

This is an exciting opportunity for Talent to build on previous success and growth, and is the next step to becoming the number one IT recruitment company for start-ups in Germany.

For opportunities to join the team and for further information email: stuart.day@talentinternational.de